Death of Mr. Venkataraman Narasimhan / Message from the SG 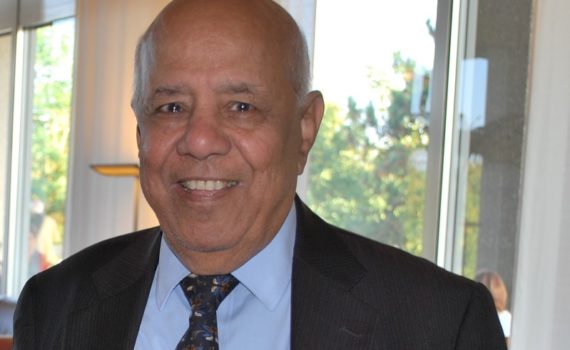 Death of Mr. Venkataraman Narasimhan / Message from the SG

Dear Kamala and dear family and friends of Nari,

I would like to say a few words to you as Executive Secretary of the Section of Former Officials of the International Labour Office.

First of all, on behalf of ILO retirees, but also on behalf of the ILO Staff Union Committee, our condolences to Nari’s wife and family.

Dear Nari, you left us very quickly although we had seen your health decline. But despite your fatigue you remained resolutely faithful to your commitments to the end.

Indeed, your engagement with the Section of Former  ILO Officials lasted 23 years; you reminded me of this again when I last visited you on Friday December 13th at the hospital.

Nari began his career at the ILO in 1969 in the Purchasing and Supply Department; he remained in this unit until his retirement in 1996.

You have certainly loyal activist in your commitments; you have been treasurer of our Section during all these years. Previously you were also the treasurer of the Union Committee for many years, having been a member of the union since 1969. You regularly renewed your candidacy for the Bureau of the Section of Former ILO Officials and you were re-elected just a few days ago for the period 2020-2021.

ILO retirees will very much regret your absence because you have embodied the continuity and loyalty of militant commitment and we must all follow your example. I also know that your commitments have been many.

I would especially like to thank Nari’s wife who accompanied him during all these years. She came with him regularly when he was travelling for meetings and I often had the opportunity to share lunch with them.

Dear friends, we have just lost a good colleague and friend. But his memory will remain strongly imprinted in our hearts.

I will finish with the words that a colleague here present sent to me when I announced the death of Nari. The most precious thing you can give to your family, friends and colleagues is “your time”. Nari  gave his time freely to his colleagues and to the associations to which he belonged.

Thank you Nari for everything you have done for us.