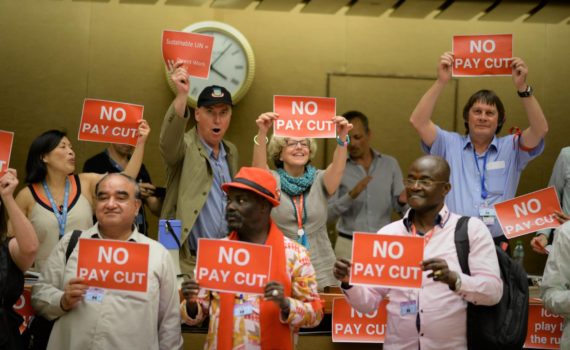 The patience of colleagues affected by the wage dispute in Geneva has been severely tested in recent months, but the long-awaited decision of the ILO Administrative Tribunal (ILOAT) has finally arrived.

Please find below the decision which is a VICTORY for the complainants and the Staff Union:

For the above reasons,

2. The complainants’ and interveners’ April 2018 payslips and all subsequent payslips implementing the ICSC’s contested decisions regarding the revised post adjustment for the duty station of Geneva are set aside.

3. The ILO shall provide the complainants and interveners with new revised payslips as from the April 2018 payslip with a post adjustment multiplier not based on the revised post adjustment index resulting from the 2016 cost-of-living survey.

4. The ILO shall pay each complainant and each intervener an amount equivalent to the difference between the remuneration actually paid to them since April 2018 and the remuneration that would have been paid to them during the same period but for the implementation of the ICSC decisions, with interest at the rate of 5 per cent per annum from due dates until the date of final payment.

5. All other claims are dismissed.

This decision must now be thoroughly analysed by our legal adviser before the ILO Staff Union can pronounce itself on it, as the stakes are so high for the future of work and the international civil service, both at headquarters and in the field.

In any case, the Staff Union wishes to pay tribute to the tenacity and commitment shown by all its members in this conflict over the past three years. It would particularly like to thank all colleagues based in the field and/or belonging to different categories of staff, who have demonstrated a truly remarkable trade union solidarity of which the ILO Staff Union as a whole can be proud. On the eve of its own centenary, the Staff Union will continue to fight tirelessly to ensure that professional relations within the United Nations system are in line with the ILO’s mandate, values and principles.

In the name of the Committee of the Section of Former Officials of the ILO Staff Union, I assure you of our support for the action you have taken against the reduction in the Geneva post adjustment following the decision of the CFPI, which was based on incomprehensible analysis and issues and which resulted in§§ unjust financial conclusions. We congratulate the Union Committee on the leading role it has taken in this action and we personally appreciated the mobilization you engendered during the demonstration on Wednesday 24 May 2017. 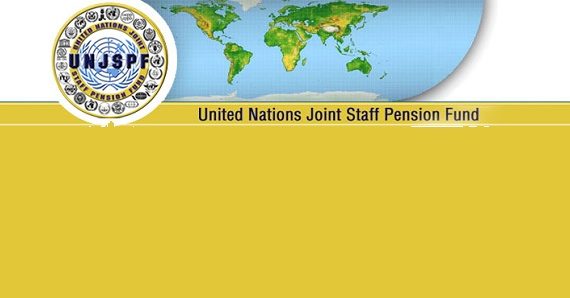 The Chief Executive Officer of the Pension Fund is required, under the Fund’s Regulations and Rules, to confirm each year that a beneficiary continues to be entitled to receive a pension benefit from the Fund. For this purpose, a Certificate of Entitlement (CE) is sent to all beneficiaries whose benefit has been in payment for at least 6 months at the time of the 1st yearly CE Mailing which takes place at the very end of the month of May.

The purpose of this communication is to advise you that the 2017 Certificates of Entitlement, dated 31 May 2017, were dispatched to the Fund’s beneficiaries worldwide during the very first days of June 2017. Approximately 58,697 CEs were sent out, either via the US Postal Service or the UN Diplomatic Pouch Service. The time it takes for the CE to reach its respective destination is largely dependent upon the postal services of the countries involved.

It is extremely important that beneficiaries sign and complete the bar-coded 2017 CE and return it to the UNJSPF no later than 15 September 2017. Otherwise, in a major effort to avoid suspending anyone’s benefit, a second bar-coded CE will be dispatched at the end of September 2017 to all those beneficiaries for whom the Fund’s CE tracker did not record a returned (bar-coded) 2017 CE. If no duly completed 2017 CE has reached the Fund by 31 December 2017, the subsequent benefit payment may be suspended.

Please note that in an effort to enhance services provided to the Fund’s clients, the 2017 CE forms can be downloaded and printed from the Fund’s Member Self Service (MSS) by those retirees who have registered for MSS and whose benefits are NOT paid on the two track. This new feature is currently available ONLY for former Fund participants who are now in receipt of a retirement or disability benefit.

CE forms for beneficiaries in receipt of a form of survivor’s benefit are NOT yet available on MSS; they will be able to download the CE from MSS starting with the next CE Exercise in 2018. CE forms for those retirees whose benefit is paid on the two track are NOT available on MSS and in line with audit requirements for two track benefits will not be made available in the future. These beneficiaries and retirees must await receipt of the original hard copy 2017 CE form through pouch or postal mail.

Each CE form, is individually overprinted with the case specific and relevant personal information (name, UID and retirement numbers, etc.) for each retiree and beneficiary as well as the case specific bar-code (which will allow tracking of each CE sent and returned to the Fund). Each beneficiary must return a duly dated and signed original bar-coded CE form to the Fund carrying his/her ORIGINAL signature in blue ink. The Fund cannot accept copies, faxes or PDF attachments to email in lieu of the hard copy form carrying the beneficiary’s ORIGINAL signature.

Please note, the Fund has posted an update on its website (www.unjspf.org), which provides a full summary of the status of the current CE mailing, as well as other useful information concerning the CE process, namely, the Fund’s online CE tracking feature as well as the steps retirees and beneficiaries should take in case the 2017 CE has not reached them by the end of September 2017.

Thank you for your kind attention and cooperation in this important exercise. It is greatly appreciated.

Communication from the President of the Board of Directors of the MEC concerning the taxation of accounts of the MEC (October 2016). 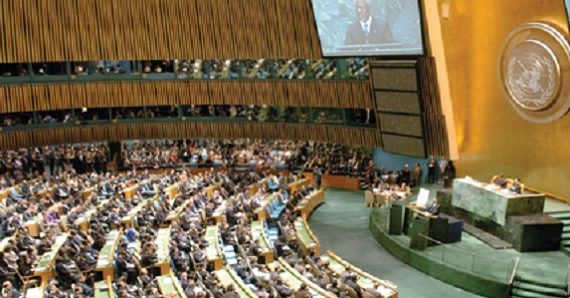 Following a two-year campaign by staff unions over grave concerns regarding the governance of the Pension Fund and its performance in operations and investments, the UN General Assembly has at last taken action. Passing a resolution (No 71/265) at the end of 2016, the General Assembly has clearly reasserted the UN Secretary General’s primacy over the Fund, confirming the role of the Office of Internal Oversight Services and endorsing the use of existing internal capacities rather than consultants in the operations of the Fund. The resolution further calls on the Fund to improve performance, diversify investments, and minimise foreign exchange losses. It strongly rebuked the Fund administration for allowing key posts in the Investment Management Division to remain vacant (potentially a contributing factor in the underperformance of investments?) and for failing to pay new retirees on time.

The resolution is seen as a first step in addressing the problems besetting the Fund, particularly changes proposed by the CEO, which could have moved the Fund away from UN oversight to an environment potentially more prone to risk, corruption and exploitation by external management companies. Key posts – the heads of investment and risk management – had been vacant for over a year and no performance evaluation of the head of the Fund’s Investment Management Division, had been included in the most recent report on the Fund. Given concerns about performance of the Maryland State Pension Fund during the Chief Investment Officer’s tenure, the vacant key posts and the failure to meet the target of 3.5% annual average return (actual returns since 2014 have been below 2%) this was seen as an important issue.

The UN Pension Fund Board, citing the most recent actuarial report, confirmed in July 2016 that the Fund had a small surplus and would not need to dip into capital for the next 50 years providing the Fund can maintain a 3.5% annual average return – Watch this space!